Although most people do not even know where Sneedville, TN is, I have had the privilege of being there three times in the last three weeks! Because Sneedville (hilariously originally known as “Greasy Rock”) is a very, very, very rural community and is a long way from anywhere, it is not my favorite place in the world. However, with three otherwise unrelated new bank foreclosure listings coming soon in the Sneedville community, I may just be the new king of Sneedville, Tennessee.

Actually, I am probably the first king that the residents of Sneedville (there aren’t very many – Only 1,387 people as of the 2010 census) have ever had. A quick search of Google does not indicate there has ever been a king before. You might ask, what are the boundaries of my Sneedville Kingdom? That is an interesting issue of its own. Here is a link to a map of the corporate limits of Sneedville, but Sneedville is much more than just this.

Sneedville, like the much more populated Sevierville, is a “default” address which the post office uses for any location in all of Sevier County that is not a recognized community of its own. For instance, if you live between Gatlinburg and Cosby, but not in the small community of Pitman Center, you will actually get a Sevierville address, even though Gatlinburg, Cosby, and even Pigeon Forge, are closer than the town of Sevierville. In much the same fashion, Sneedville is the default address for Hancock County. If you are not in one of the other communities however, you will automatically get a Sneedville address. For this reason, the boundaries of my kingdom are very ill â€“ defined indeed. Here is a map of Hancock County, any part of which may be considered Sneedville by the post office…

The geographical definition is not the only challenge facing the kingdom of Sneedville. Because it is so very rural, there are very limited communication options. In fact, it very well may be that there are more dial-up Internet users in the Sneedville community then there are in most any other town. I did not get good cell coverage due to the very scenic, but radio wave blocking mountains and a distinct lack of cell phone towers. Furthermore, I did not see cable service wiring on the telephone poles. Very likely the Kingdom of Sneedville is mainly serviced by Dish Network and Direct TV.

It is now my challenge to sell these three Sneedville homes for my client and I guess I need to start thinking about good things about owning property in the kingdom of Sneedville, or even living there. I have in fact come up with several reasons you might want to own one of these very affordable homes:

1. There are very few people living there so if you want to be alone, this really works!

2. Great hunting potential, with lots of woods and water features that should mean excellent hunting prospects.

3. There really is a lot of beautiful scenery, and very few people to mar itâ€¦

In case you are wondering, Sneedville is north of Morristown, TN and west of Rogersville, TN, both of which are nearby larger towns. Additionally, Sneedville is actually just south of the Virginia state line. Here is a map that will help you to actually locate Sneedville: 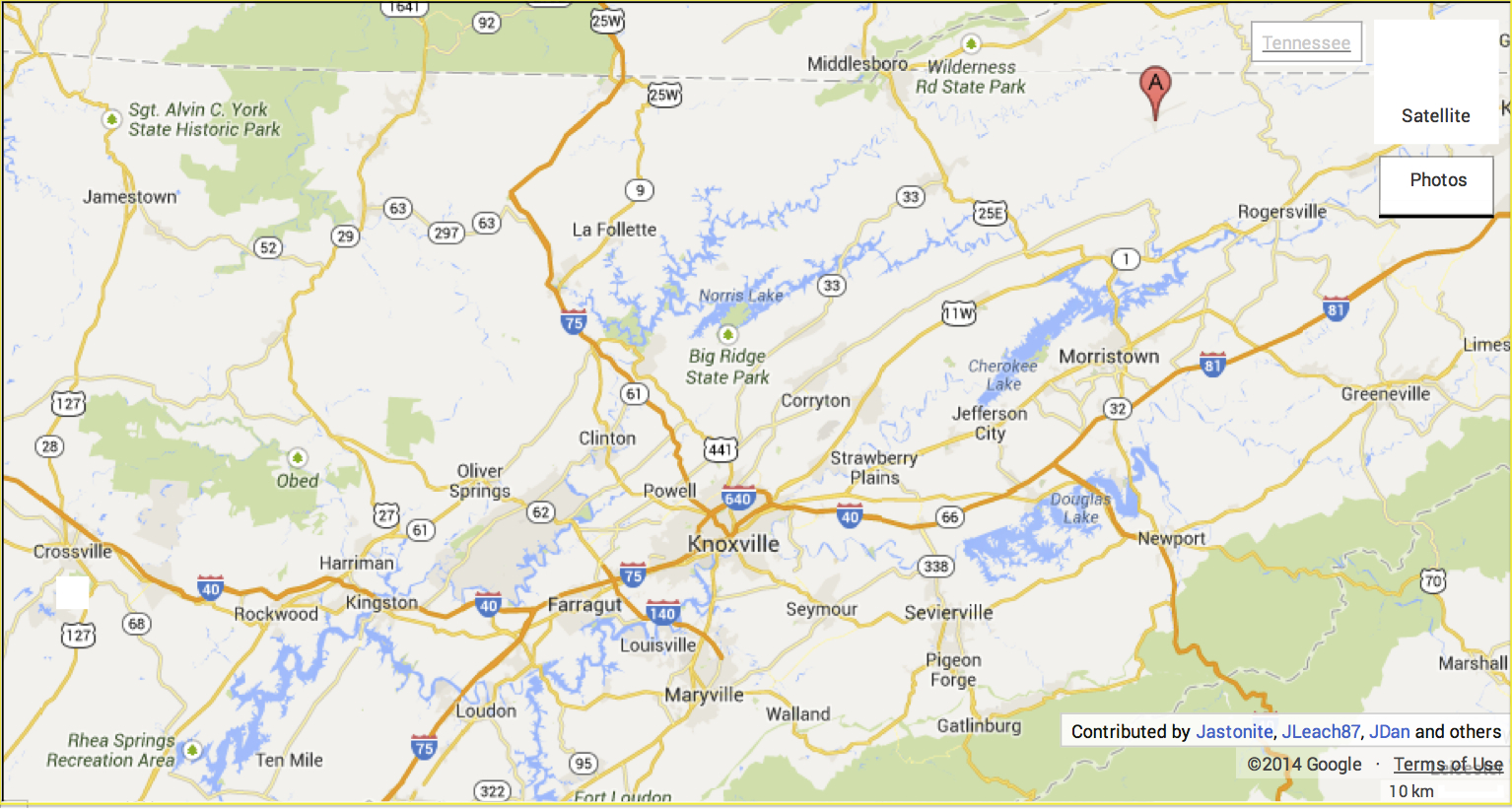 As you can see from the map above, Sneedville is a REALLY long way from our real estate office in Gatlinburg. In the interest of full disclosure, I am not nor have I ever been the King of Sneedville and it really is a very scenic place!!! Check out these preliminary photos of one of our three new listings. Although we don’t have a price yet, it will no doubt be VERY affordable!!

We Are Accredited With The Better Business Bureau