It has been over a month since anything has been posted in this space but better times are hopefully ahead. After suffering a major knee injury (generally caused by pedestrians being struck by automobile bumpers but not in this case), and spending the following week in the bed waiting for surgery or recovering from it, I’m finally lucid enough to be able to post this quick note. More posts will be coming very soon. In case you are wondering what hit my previously healthy leg with enough to force to shatter it, here’s a clue: 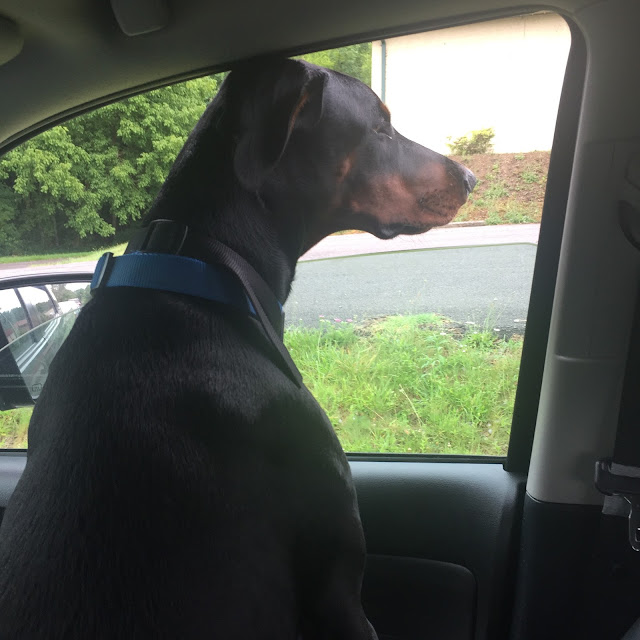 I was hit by a Max Truck – That’s right, my 9 month old 95 pound puppy who was only playing was the culprit. Max runs like an African cheetah but hits like an NFL linebacker. If it were a football game, he would definitely have been ejected for targeting (leading with his helmet). His head into my knee at full speed and my joint was no match for his thick skull. We both yelped and both went down but he shook it off and trotted away. I on the other hand had to be carried off the field with a fracture of of my left tibia (the larger bone in a person’s lower leg that forms the top of the knee joint) which required screws and a plate as well as the removal of damaged bone material and the reshaping of the top of my leg bone.
Here’s the real irony, when we first saw Max at  just a few weeks old he was only about 10 pounds. For some reason, I was inspired to make his official name “Maximum Impact”! 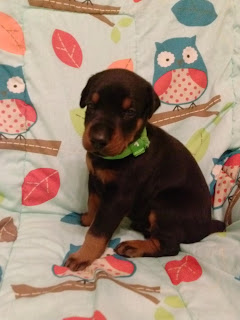 You just cannot make this stuff up. Doberman: 1, Schoenfield: 0…