When the first newscasts indicated that over 100 residences had been destroyed, I told everyone that would listen that the actual number would be at least 10 times that. As I had the opportunity to view more of the county, I revised my estimate to 2000 and hoped desperately that I was wrong. The latest updates to the damage map now reports that 2121 residences have been destroyed by the wildfire.

Nobody knows what the final tally will be but I believe that we are now closer to the ultimate count. The saddest fact of all is that the fires were apparently started by two juveniles. I really can’t imagine what was going through their minds.

Now comes the task of cleaning up and making Gatlinburg beautiful again. Lots of debris and many questions about how to handle the sheer quantity of material that has to be hauled off and placed somewhere.

Gatlinburg WILL rebuild, but it will take a LONG time. Our area has lost so many homes but more than that it has lost more than a little bit of its innocence. During trials like this, it is easy to see where a person’s heart is as this photo shows… 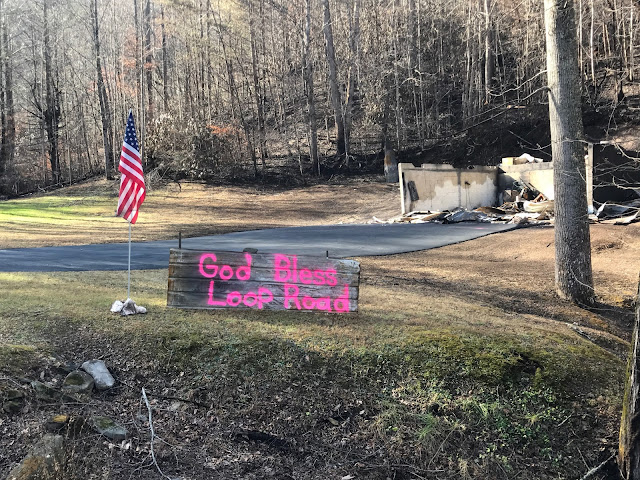