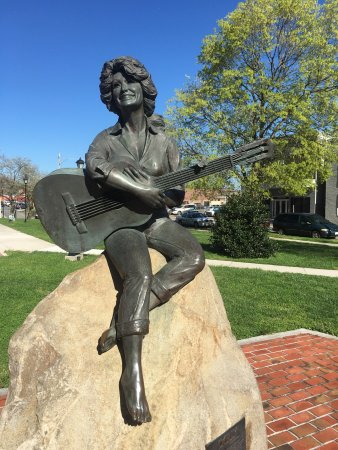 Blue, the wonder dog, here to let you know that there are new additions being added and coming back to downtown Sevierville. A beloved part of the Smokies is getting renovated! Thats right! Downtown Sevierville is getting a new face so to speak. City leaders recently made the decision to renovate downtown. This is to promote the downtown area so that more tourists and locals alike will be inclined to visit Sevierville rather than passing it up to see attractions that are located in the neighboring areas of Pigeon Forge and Gatlinburg. Local favorites such as the Dolly Parton statue are iconic to the area. However, that is not enough to attract the large number of tourists that is desired in the downtown region of Sevierville. Therefore, construction has already started to create new stores, restaurants and entertainment venues. In the past year, there have already been some changes with the addition of restaurants such as Graze Burgers which has been a hit with the locals so far! The idea is to make downtown more accessible and have the ability to accomodate more people. For example, the sidewalks will also be expanded to allow more walking traffic. As a residential pup of Sevierville, I am very excited about these improvements! One particular interesting deveopment is the reprising of The Central Hotel. The hotel was orginally buit in the public square in the 1800s. After a fire in 1923, the hotel was rebuilt in 1938 only to be converted into a bank in the 1960s. However, the hotel is expected to make its return this year! The hotel plans to fully accomodate guests with richly furnished rooms, a private pool, and gym access. Two restaurants on the ground floor have been proposed as well. The comeback of The Central Hotel is sure to add some flare and popularity to downtown! Having a more attractive downtown area makes for a better real estate market in Sevier County. If you want to love the atmosphere you are living in, contact All Pro Realtors at 865-436-0444! My master Jeff will make sure you find your forever home in the beautiful Sevier County area!

We Are Accredited With The Better Business Bureau